Hemp and marijuana—what’s the relationship between the two? For decades, cannabis aficionados have been baffled by the question. Does it have to do with plant sex, THC content, or some other arcane factor? If you count yourself among the confused, fear not—the time for clarity has arrived. We’re here to delve into the relationship between cannabis and hemp. But before we get our answers, we’ll need to ask some questions.

ARE MARIJUANA AND HEMP THE SAME PLANT?

Hemp and marijuana are both members of the same genus, Cannabis, and the same species, Cannabis sativa. To understand the difference between hemp and marijuana, we need to know a bit about the subtypes, or cultivars, of the cannabis plant. Cultivars are breeds of a plant species bred for different purposes. The three types of cannabis cultivars are:

So, are the first two hemp, and the third cannabis? Not quite. It’s more accurate to say that numbers one and two tend to be hemp, while number three tends to be cannabis. So where do we draw the line? How can we know for sure whether we’re looking at hemp, or at cannabis?

WHAT IS THE TRUE DISTINCTION BETWEEN HEMP AND CANNABIS?

Hemp and cannabis are legally defined by the concentration of THC present in the plant. In the US and Canada, hemp is defined as cannabis plants with THC levels of under 0.3%. In the EU, hemp is defined as cannabis plants with under 0.2% THC. Many European companies aren’t thrilled about this difference; in fact, the European Industrial Hemp Association (EIHA) has called for these rates to be standardized to ensure fair competition.

HOW IMPORTANT IS THC?

Are hemp plants just cannabis plants that happen to have less THC? Again, the reality is more complicated. Hemp plants, especially those grown for industrial purposes, tend to look, grow, and act differently than marijuana plants. Marijuana plants tend to be short and “stalky”, with lots of branches and a profusion of small leaves and heavy buds. Industrial hemp plants tend to be taller with skinny leaves, thick stems, and fewer branches.

Industrial hemp plants can be grown close together, some varieties as close as 10cm, over their growth cycle of 108–120 days. Hemp tends to be grown in large, austere industrial plots. Marijuana, on the other hand, is a higher-maintenance plant that requires a more gentle touch. Marijuana tends to be grown in warm, carefully controlled environments where each plant gets at least a meter of space. The growth cycle of marijuana tends to be 45–90 days. Marijuana is sensitive in another crucial regard as well: if a marijuana plot is exposed to hemp pollen, the whole crop can be destroyed.

WHERE DOES CBD COME IN?

To understand the relationship between CBD and hemp, we need to recognize once again that the word “hemp” can be applied to several distinct varieties of cannabis plants. Technically, cannabis bred to produce high-CBD flowers for medicinal use would be considered hemp if its THC levels fell below legal limits. Yet, these plants would resemble marijuana plants far more than they would industrial hemp.

These days, some industrial hemp producers are extracting CBD from leftover material and marketing it as “CBD oil”. These products are generally considered to be of lower quality—with reduced concentrations, and higher risk of contamination—than CBD oil harvested from plants specifically grown for medicinal use.

WHAT’S THE DIFFERENCE BETWEEN CBD OIL AND HEMP OIL?

If hemp is high in CBD, does that mean that hemp oil is CBD oil? It actually doesn't. Hemp oil is cold-pressed from cannabis seeds, while CBD oil—or any cannabinoid oil—must be extracted from the flowers. Hemp oil doesn’t contain CBD, but it’s still special—it contains the golden 3:1 ratio of omega-6 to omega-3 fatty acids, a combination that fights inflammation and helps build your brain. It’s also high in vitamin E, which has been shown to have anti-aging properties.

If you’re determined to have your hemp oil with some CBD, you can try CBD-infused hemp oil to combine multiple benefits of the cannabis plant. As we’ll see, flowers and seeds have a lot to do with another factor crucial to understanding the hemp/cannabis distinction.

WHAT DOES THE HEMP/CANNABIS DISTINCTION HAVE TO DO WITH SEX?

Contrary to popular belief, hemp is not merely the male version of the marijuana plant. It’s cannabis bred specifically to have low THC levels. That being said, the male cannabis plant shares many characteristics with hemp, including low amounts of THC and other cannabinoids. Recommended uses of the male cannabis plants can dovetail those of hemp.

THE PROSPECTS OF MARIJUANA AND HEMP

Now that we know the difference between marijuana and hemp, we might ask ourselves: why should we care?

The difference between marijuana and hemp is actually of great political significance. Historically, hemp has been criminalized due to its association with marijuana, even though it lacks the psychoactivity for which marijuana was prohibited. Criminalizing marijuana for making people high was a sad decision, but criminalizing hemp was downright illogical.

Fortunately, both forms of the cannabis plant are moving toward legitimacy. Legalization of medicinal and recreational cannabis is advancing at a rapid pace across the world, and in 2018, the US finally decriminalized hemp on a national scale.

If things continue as they are, people around the globe may someday be able to smoke a joint coated with CBD oil in a house made of hempcrete, while wearing hemp pyjamas. One can only hope. - 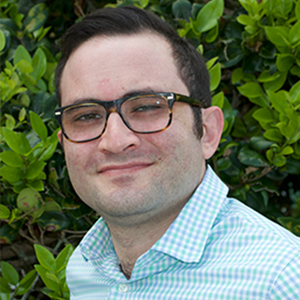