A bill legalizing medical cannabis in Poland came into effect in November 2017, but since then, the therapeutic plant has been unavailable within the country. As of January 2019, weed is finally available in pharmacies, to the excitement of patients and advocates around the country. What did it take for Poland to get to where it is today?

It’s official: medical marijuana is in. With countries like the Czech Republic, Finland, and Thailand bringing it to the mainstream, medical weed is fast on its way to becoming legal around the globe.

Poland has also taken the plunge to legalize medicinal weed, way back in November 2017. On January 16th, 2019, more than a year later, medical cannabis has finally become available in pharmacies.

Anesthesiologist Dr. Jerzy Jarosz says, “Until now, we had a law that allowed for the use of medical marijuana, but we had no medicine. This is the beginning of a new era for patients”.

Part of the reason for the delay was the rigorous regulatory process the Polish government required from companies before they could provide medical cannabis. Spectrum Cannabis, a subsidiary of Canopy Growth, is the first company to receive this approval.

To understand the current situation, we must take a look at the history of cannabis in Poland and the process of medical legalization.

THE HISTORY OF CANNABIS IN POLAND

In the 20th century, Poland jumped on the cannabis criminalization bandwagon. It signed on to the 1925 International Opium Convention, and in 1930 identified cannabis in legislation as harmful to health. In 1951, Eastern Bloc-era Poland classified cannabis as a narcotic, and in subsequent years passed legislation that criminalized the production and distribution of this fateful plant. Possession wasn’t criminalized until 1997. In 2011, the country passed laws that gave prosecutors the option of not charging for small quantities of cannabis assumed to be for personal use. However, this legislation was paired with laws that increased the maximum jail sentences for possession of large quantities of cannabis, or for dealing in large quantities.

As is often the case, the laws of Poland were out of step with public reality and opinions. A 2013 study showed that 17.3% of adult Poles had tried cannabis, and 17.1% had smoked within the past year. A 2015 study showed that 78% supported the legalization of medical cannabis.

Fortunately, things were soon to take a turn in a different direction.

Polish politician Piotr Krzysztof Liroy-Marzec—and former rapper Liroy (Leeroy)—had been championing the legalization of medical cannabis since being elected to parliament in 2015. Liroy was previously associated with the controversial Kukiz'15 movement, and is now an independent. Liroy first introduced a bill to legalize medical cannabis in 2016, which over the year to come was heavily amended; Liroy’s original legislation, among other things, would have allowed for cannabis to be cultivated within Poland, while in the version that passed, it must be cultivated abroad and imported.

In his fight to pass the bill, Liroy faced an uphill battle. Minister Krzysztof Łanda argued that the legislation was unnecessary, pointing out that patients already had access to Sativex, a cannabis-derived sublingual spray. Liroy countered with an emotional appeal, claiming, “People are dying every day because of the current laws. I am attending their funerals and you should start attending them, too, talk to their families and tell them face to face what you keep saying to media”.

The bill to legalize medical marijuana passed through the lower house of parliament in July 2017, with 440 lawmakers voting in favour, and two voting against. The bill came into effect in November. It will require patients to get medical approval from both a regional pharmaceutical inspector and physician. It will cover such conditions as MS, epilepsy, chronic pain, and chemotherapy-induced nausea. With the new legislation, pharmacists estimate that a gram of weed will cost €11–14.

As medical marijuana reaches pharmacy counters around the country, patients are excited to see the medicine finally become available for widespread use. Only time will tell what further twists the legislative process takes in Poland. 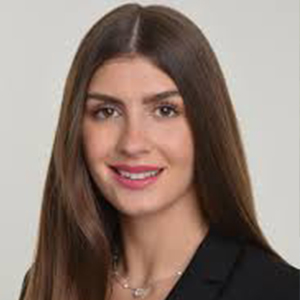